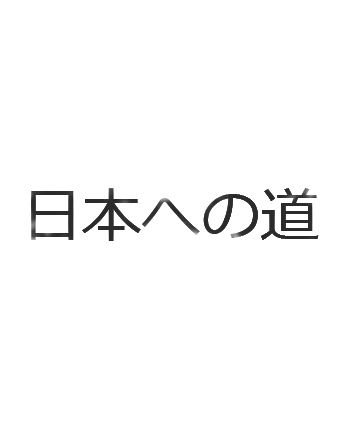 From Kyoto to Edo

In Japan between the seventeenth and nineteenth centuries the emperor stood highest in the hierarchy, but the actual rule was exercised by the chief commander and chief executive: the shogun. Japan had at that time two major metropolises: Kyoto, where the emperor and Edo (today’s Tokyo) resided, where the shogun was stationed. There was a lively exchange between the two centers. Today, this distance (500 km) of the fast train goes on in less than a couple of hours, so the journey takes a little longer, so dozens of stations have been stationed on a number of independent routes, where the rest of the travelers were entertained and entertained. The Shogunate was a rather democratic system and checked that the traveler did not travel by accident without a pass.

A series of woodcuts dedicated to the stations on the route between the two cities welcomes visitors to the exhibition “Road to Edo” at the National Museum in Warsaw. Several hundred Japanese woodcuts were presented, mostly from the first half of the 19th century, from the collections of Jerzy Leskowicz living in France. It is only a pity that the exhibits did not give the collector more detailed information, because the owner of several thousand woodcuts must be undoubtedly an interesting person.

The woodcuts represent the current of Ukiyo-e, which was born in Japanese art in the 17th century in the bourgeois environment and depicted mainly the city life of the time, although it was later enriched with landscapes, as well as paintings of birds and flowers.

Ukiyo-e Hiroshige woodcutters, Eisen, Hokusai and others have preserved the landscapes of ancient Japan, which are nowhere near noticeable, which is hardly surprising, as the area between Kyoto and Tokyo is one of the most urbanized in the world, and have consolidated daily life and entertainment, nobles and ordinary people.

Japanese art has been present in Europe since the nineteenth century and has had a great impact here, enough to mention Art Nouveau or poster, and yet today also strikes its difference, even strangeness.

And when talking about strangeness, it is worth to pay attention to the Martin Scorsese movie “Silence”, which can be seen on the screens of the cinema. This is a picture of seventeenth-century Japan that is different from what the samurai cinema has become accustomed to. Briefly. After a period of devastating civil wars, the Shogun Ieyasu Tokugawa led the consolidation of power at the beginning of the 17th century, which ensured domestic peace for the next centuries. However, the victims of this fall were Japanese Christianity. The followers of the crucifixion were subjected to cruel persecution, and the film shows the entire imaginary catalog (one would like to say: refined) torture, which was to compel apostasy and to be a deterrent example to others.

At the same time, it was accompanied by a generous influx of anti-Christian pamphlets, and, interestingly, the “golden period” of this writing fell in the mid-seventeenth century, so it was the same time when ukiyo-e flourished. Are these facts linked only by accidental convergence over time, or is there a deeper connection, let the more competent people decide.

What in Christianity aroused particular opposition from the local authority was the belief in the Supreme Lord, whose will is completely independent of the will of the earthly ruler, the political superior. This, according to the shogun, was rooted in the very foundations of social order, and nothing seemed to guarantee the missionaries that Christianity teaches respect for existing power and encourages its strengthening.

But there was one more reason for repression. Here for the seventeenth-century Japanese, it was pure nonsense to claim that the Earth was spherical and that it was not in their heads that the eastern end was in the West, and that the West was in the East, as their European sailors argued. There are historically confirmed examples that for the proclamation of such views are punished by death. So the front of the fight was not only about religion but also science. And to think that this was happening in a country we now regard as a synonym of tolerance and modernity.