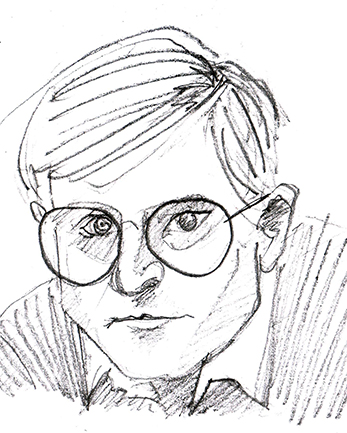 “There is something ‘disturbing’ about Luk’s artworks, something that similarly to the genius ‘California Dreaming’ series by David Hockney. The godfather of British Pop Art, cannot be ‘read’ literally.”

To find out please go to the blog of  a famous international blogger,  whose writing about the art is truly inspirational and very unique. 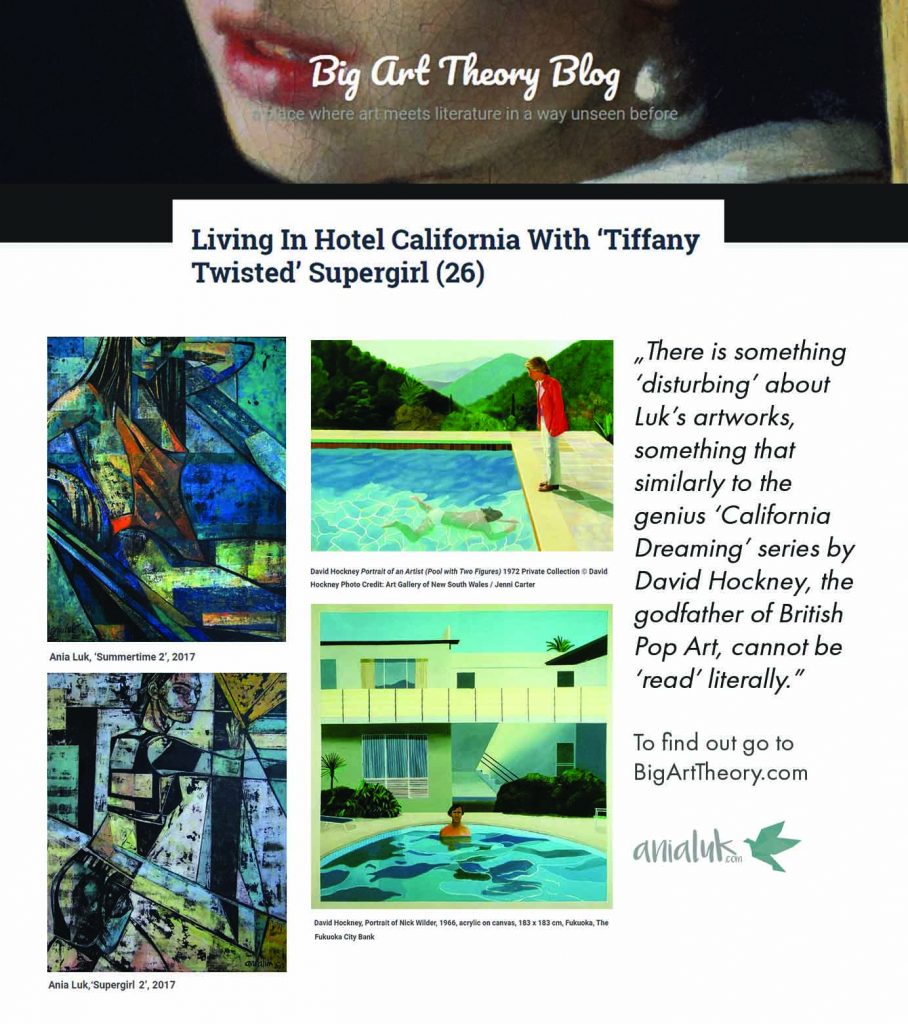 David Hockney is considered one of the most influential British artists of the 20th century.Born in England in 1937,  attended the Bradford College of Art. Then in 1959, he entered graduate school at the Royal College of Art in London and he experimented with different forms, including abstract expressionism. Moved to Los Angeles in the 1960s. There, he painted his memorable swimming pool of Los Angeles paintings. Which were one of his favorite subjects, and he became known for large, iconic works such as A Bigger Splash.

His expressionistic style evolved, and by the 1970s, he was considered more of a realist. In addition to pools, Hockney painted the interiors and exteriors of California homes. In the 1970s, Hockney expanded his artistic work to take photographs, creating photo collages. “Joiner,” an assemblage of Polaroid photos laid out in a grid. By the mid 1970s, he had all but abandoned painting in favor of projects involving photography, lithographs, and set and costume design for the ballet, opera and theater.

In the late 1980s, Hockney returned to painting, primarily painting seascapes, flowers and portraits of loved ones. He also began incorporating technology in his art, creating his first homemade prints on a photocopier in 1986. The marriage of art and technology became an ongoing fascination.

He continues to create and exhibit art, and in a 2011 poll of more than 1,000 British artists, Hockney was voted the most influential British artist of all time.

“What an artist is trying to do for people is bring them closer to something, because of course art is about sharing: you wouldn’t be an artist if you didn’t want to share an experience, a thought.” David Hockney