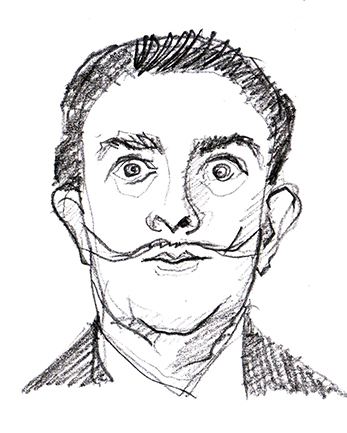 Review of Salvador Dali through the spectrum of his muse

In the 1920s, he went to Paris and began interacting with artists such as Pablo Picasso, Joan Miró, the Spanish painter and sculptor who, along with poet Paul Éluard and painter René Magritte, introduced Dalí to Surrealism. By this time, Dali was working with styles of Impressionism, Futurism and Cubism.

“The secret of my influence has always been that it remained secret.” Salvador Dali

Ana Maria, his sister, and his cousin Montserrat, were Dali’s first favourite models at 1920’s time. “At that time my brother painted countless portraits of me. Many of them were simply studies of hair and a bared shoulder”. His tendency to present them from the rear is eloquent of his desires and aversions. 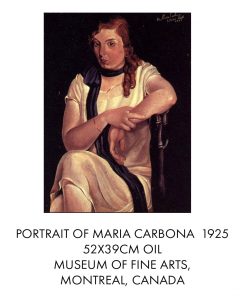 Maria Carbona was a young intellectual from Figueras, the artist’s birthplace in Catalonia. She was the daughter of a writer and the town’s mayor.

By 1928, Dali is searching for a more experimental style – and the woman in The Bather takes on disconcerting transformations and fragmentations. Dali’s treatment of the female during the Surrealist period varies, at times imbued with a disturbing eroticism, or evoking maternal and the “eternal feminine” interpretations based on mythological figures.

When Salvador Dali meets Helena Ivanovna Diakonova, she is a ten year-older woman married to Paul Eluard. Gala thus abandons two men to live her passion with the Spanish painter she marries in 1932. She rapidly becomes his muse – she often appears in his art pieces, as he transforms her into a living icon – his agent and patron. Meeting Gala was the most important event in the artist’s life and decisive for his future career. Most of all Gala was a stabilizing factor in his life. And she managed his success in the 1930s with exhibitions in Europe and the United States.

Gala was legally divorced from her husband in 1932. In 1934 Dali and Gala were married in a civil ceremony in Paris and in 1958 in church after Gala’s former husband had died in 1952. However from around 1965 on, the couple was seen less frequently together. But Gala continued to manage Dali’s business affairs.