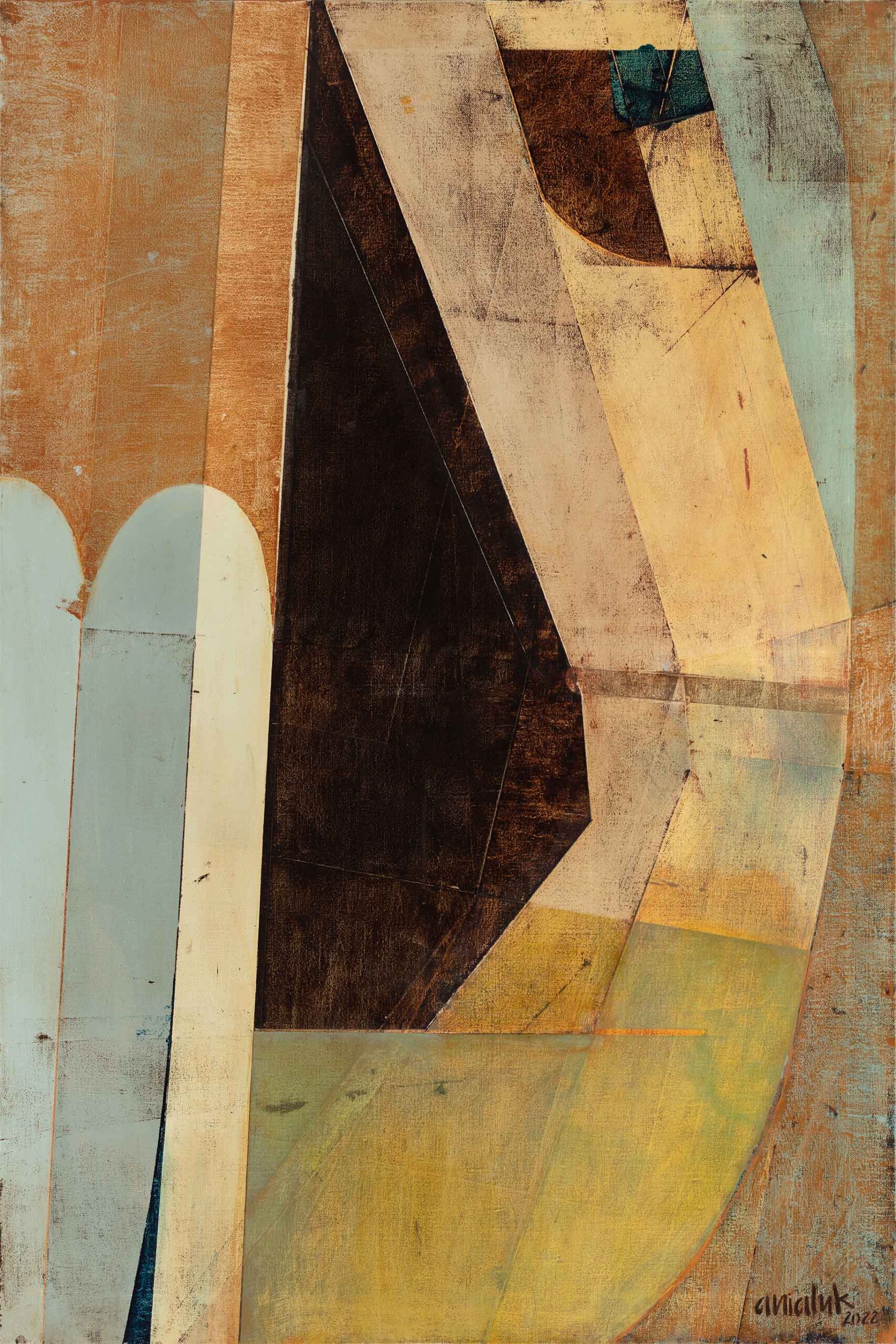 Entanglement is an original painting, painted on canvas using own technique with the use of acrylic paints, combining a palette of warm and cold colors. This work was created from a mixture of metallic and non-metallic acrylic paints. Emotional, energizing and original creation maintained in the artist’s current style. Which combines geometric abstraction with realistic painting with a splash of art deco. The theme is tranquility and the main hero is a mysrterious woman. The original composition and presentation of the figure of a woman with deliberately distorted proportions of the body. As Keith Haring once said,  American artist who became a pop culture icon:

“Art should be something that liberates your soul, provokes the imagination and encourages people to go further.”

The painting Entanglement was painted by a painter graduated from the Academy of Fine Arts – Ania Luk. Signed on the front and back, with a certificate of authenticity, secured with a semi-matt varnish. Personalized hologram on the back of the canvas. This painting fits perfectly into modern interiors.  Completed in December 2022. 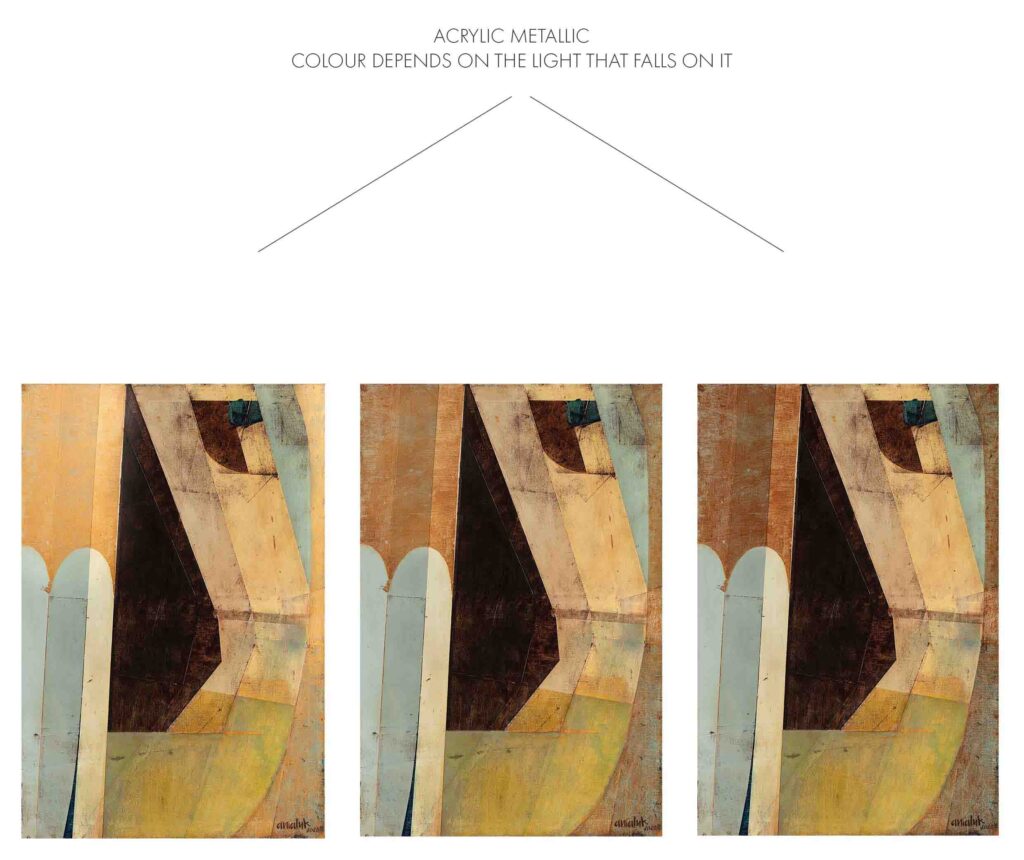 “My interest in photography, paralleling that in painting, has been based on admiration for its possibility of accounting for the visual world with an exactitude not equaled by any other medium.” – Charles Sheeler