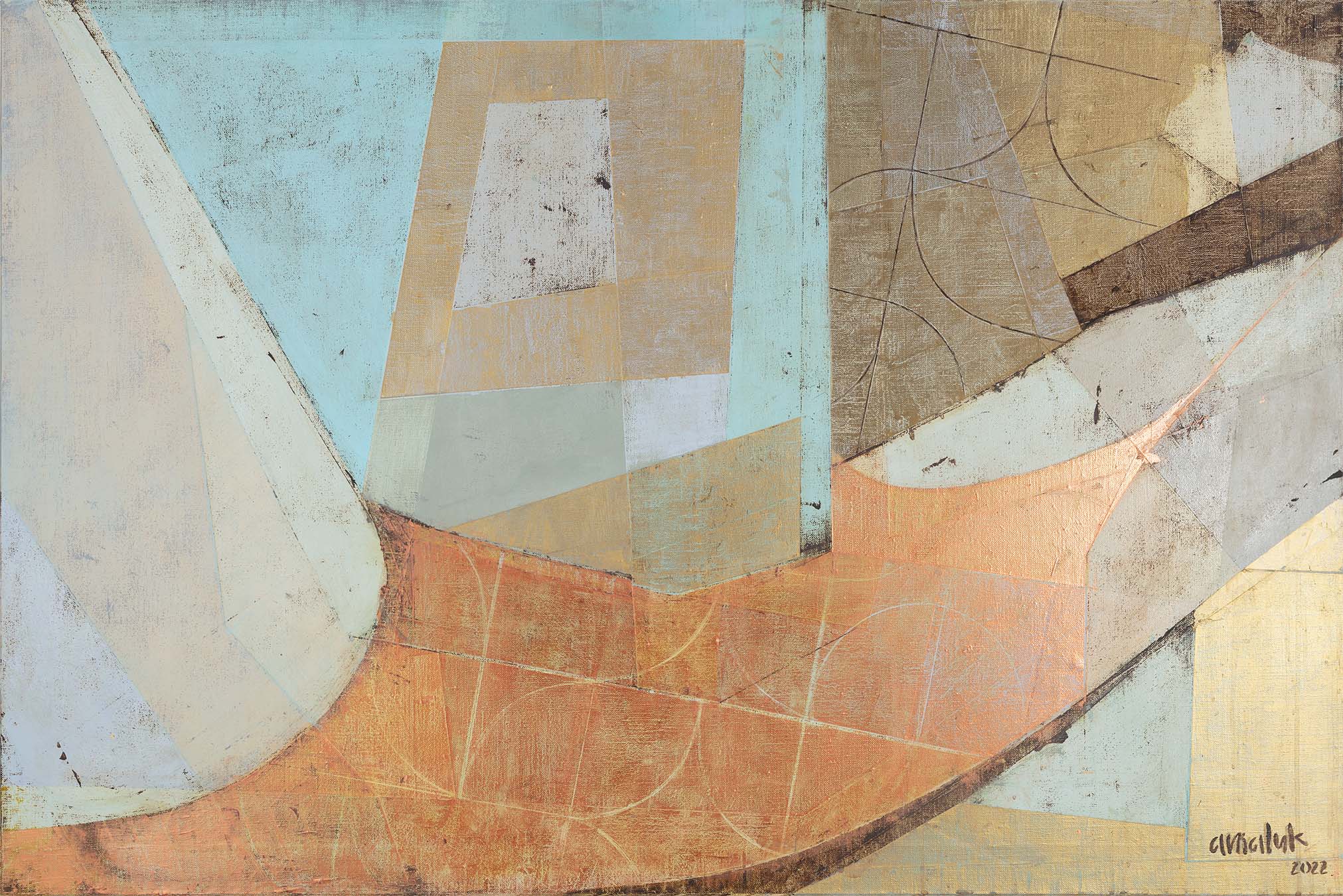 Anew is an original painting, painted on canvas using own technique with the use of acrylic paints, combining a palette of warm and cold colors. This work was created from a mixture of metallic and non-metallic acrylic paints. Emotional, energizing and original creation maintained in the artist’s current style. Which combines geometric abstraction with realistic painting with a splash of art deco. The theme is anew and the main hero is a mysrterious woman. The original composition and presentation of the figure of a woman with deliberately distorted proportions of the body and the environment. As Henri Matisse, a French painter considered to be the main fauvist, whose paintings were characterized by the lightness of the line and the domination of a color spot, and the colors did not correspond to those in reality: they were rather supposed to influence the emotions of the recipient, once said:

The painting Anew was painted by a painter graduated from the Academy of Fine Arts – Ania Luk. Signed on the front and back, with a certificate of authenticity, secured with a semi-matt varnish. Personalized hologram on the back of the canvas. This painting fits perfectly into modern interiors. Leading colors –  copper, gold, blue, brown, and beige. Completed in January 2022 and in the beginning of February 2022 will join a private collection in Geneva.

“When we look at the next thing in sequence to the first object that we have gazed at, there’s still an overtone carried over of what the retina has just previously recorded.” – Charles Sheeler