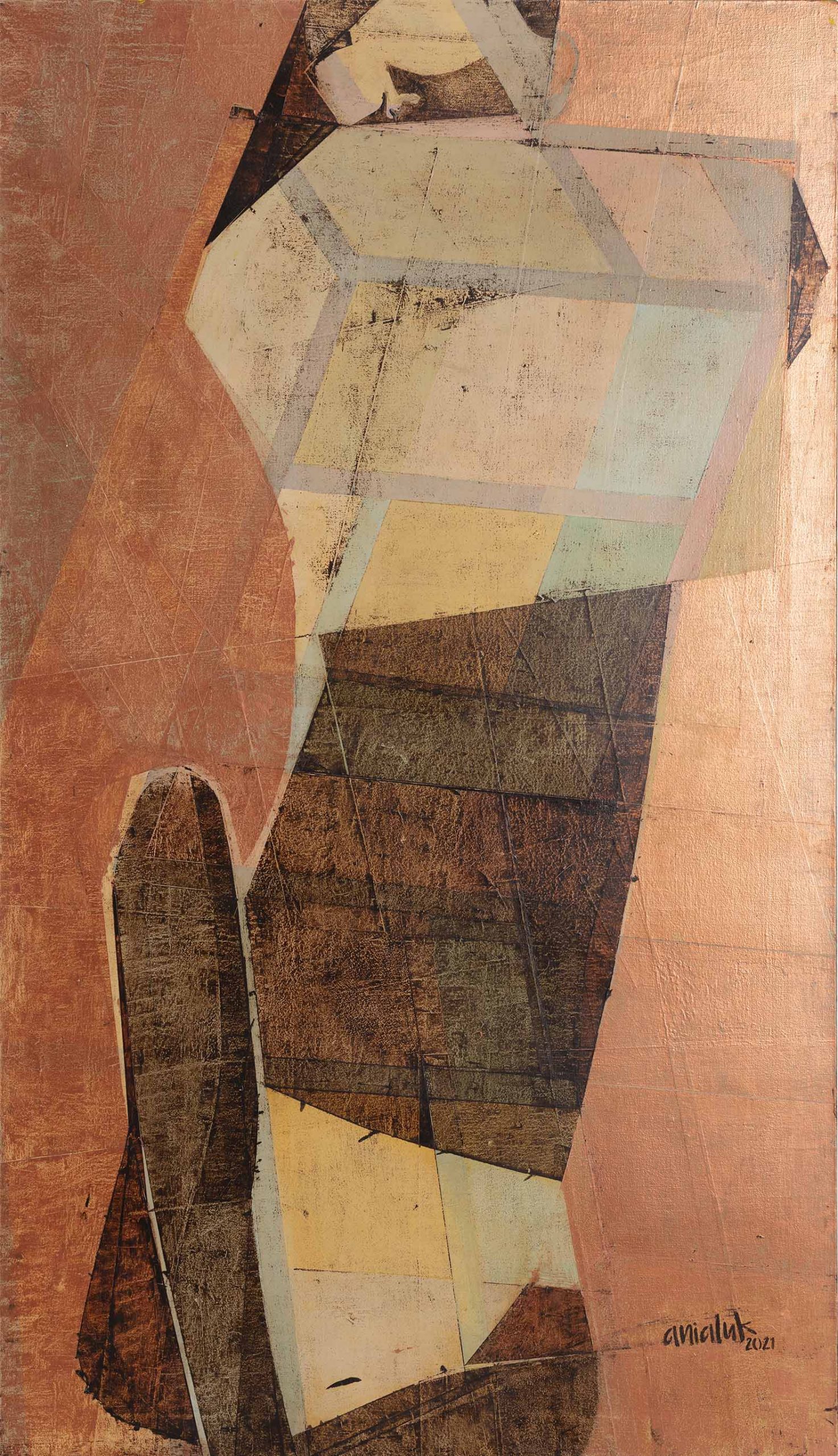 Reverse is an original painting, painted on canvas using own technique with the use of acrylic paints, combining a palette of warm and cold colors. This work was created from a mixture of metallic and non-metallic acrylic paints. Emotional, energizing and original creation maintained in the artist’s current style. Which combines geometric abstraction with realistic painting with a splash of art deco. The theme is reverse and the main hero is African American woman. The original composition and presentation of the figure of a woman with deliberately distorted proportions of the body and the environment. As Andy Warhol, an American artist, film director, and producer who was a leading figure in the visual art movement known as pop art, once said:

“Don’t think about making art, just get it done. Let everyone else decide if it’s good or bad, whether they love it or hate it. While they are deciding, make even more art.”

The painting Reverse was painted by a painter graduated from the Academy of Fine Arts – Ania Luk. Signed on the front and back, with a certificate of authenticity, secured with a semi-matt varnish. Personalized hologram on the back of the canvas. This painting fits perfectly into modern interiors. Leading colors –  copper, pistachio, brown, yellow and beige. Completed in January 2021 and sold in May 2022 to join a corporate collection one of companies from the EU. 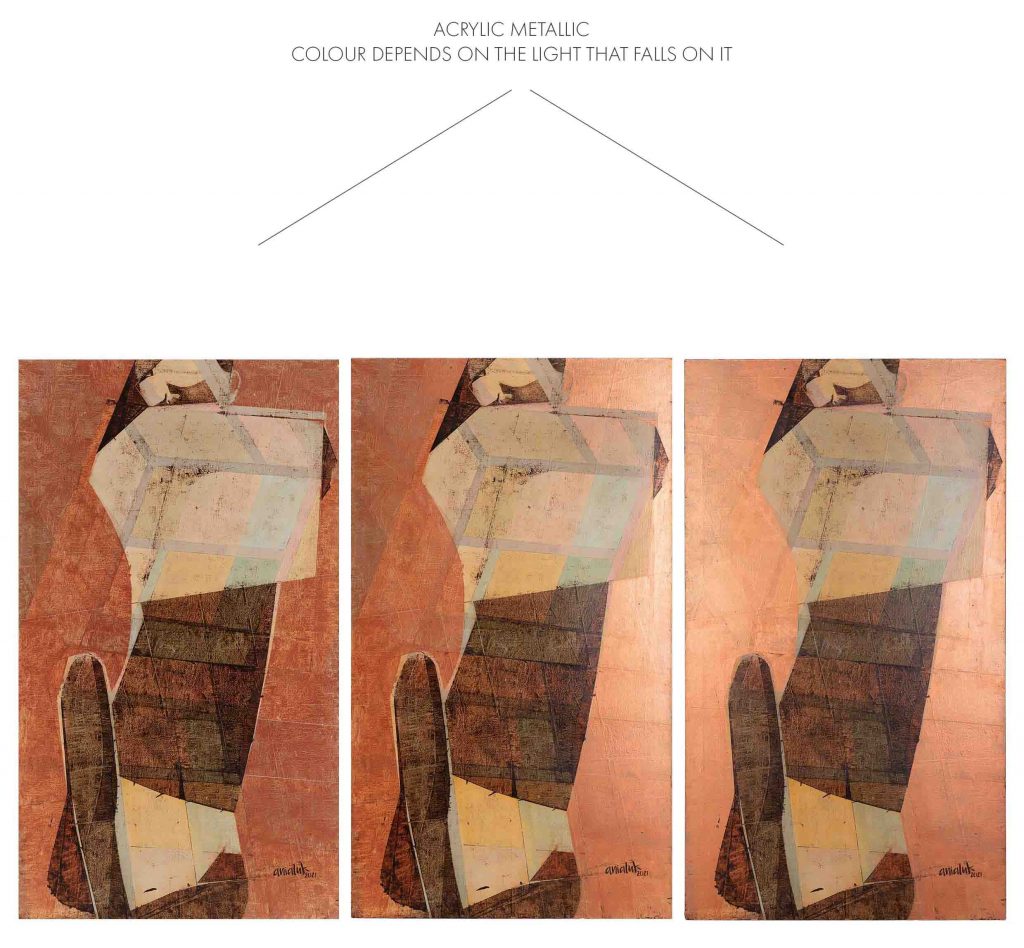 “I favor a picture which arrives at its destination without the evidence of a trying journey rather than one which shows the marks of battle.” – Charles Sheeler