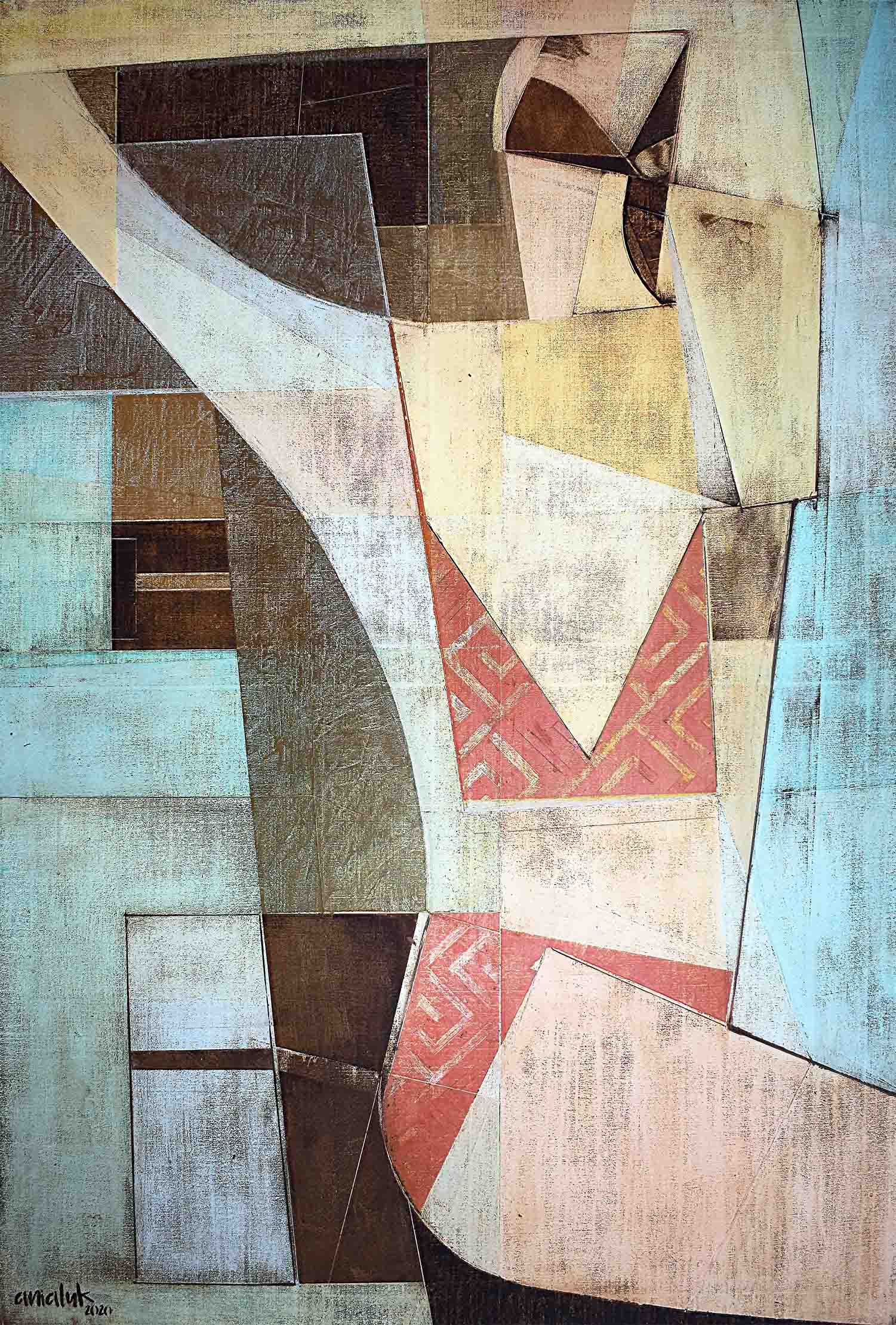 Anticipation is a unique artwork, painted on canvas using our own technique using acrylic paints, combining a palette of warm and cold colors. Emotional, energizing and original creation maintained in the artist’s current style combining geometric abstraction with realistic painting with a hint of art deco. The theme is a mysterious girl. The original composition and presentation of the woman’s figure and the environment in which she finds herself. As Paul Gauguin once said, a French painter creating in the post-impressionism trend, whose name is mentioned alongside such artists as Paul Cézanne, Vincent van Gogh or Henri Toulouse-Lautrec:

Anticipation painting was painted by the artist after the Academy of Fine Arts – Ania Luk. Signed on the front and back, with a certificate of authenticity, personalized hologram, secured with a varnish in a semi-gloss. This image fits perfectly into modern interiors. Leading colors – green-blue, brown, beige, copper. Completed and sold in July 2020.

“I favor a picture which arrives at its destination without the evidence of a trying journey rather than one which shows the marks of battle.” – Charles Sheeler

Above all, cubism is an early 20th century avant-garde art movement that revolutionized European painting and sculpture. In addition, some people say that it’s the most influential art movement of the 20th century.

Most of all abstract art creates a composition which may exist with a degree of independence from visual references in the world. It was caused by the need of creation a new kind of art which would encompass the fundamental changes taking place in technology, science and philosophy going through the end of the 19th.

Caught in the moment 5